The Ghitello mill and it’s park are the southern entrance of the Breggia gorge natural park, situated between the municipalities of Castel S.Pietro, Balerna, Morbio Inferiore and Breggia. The park surrounds the Breggia river which has dug through the ages a deep canyon. This landscape is particular important from a geological and paleontological point of view because the exposed rock layers go from the Jurassic period (205-142 million years ago) to the Cretaceus (142-93 million years ago). The Ghitello mill it’s a historical building of the 16th century equipped with three metal water wheels. There is also an oil mill, driven by a hydraulic wheel with immersion blades; the loggias have been converted into multifunctional spaces (events, conferences, exhibitions). This rural complex hosts the offices and headquarters of the Breggia Gorge Park and is the reception center for guided tours. A restaurant and the headquarter of the “casa del vini” society, an institution that promotes local wines and winemakers, are also hosted in the buildings complex In the park area there’s an existing wall 60cm height that used to protect the mill from possible floods of the Breggia river. After the water flux had been regulated and controlled the wall of this ancient embankment remained in the middle of the park dividing the public space. Next to the side of the wall facing the mill some trees has grown (Tilia cordata) and some metallic wires were fixed between them in order to grow some grapevine The project keeps the old wall as a memory of the past but changes its role from a dividing element to an element of aggregation. The wall becomes the base of a long table protected by a pergola, a social space for visitors to the park and for the activities of the Ghitello mill. A regular system was laid along the wall consisting of 12 locust wood portals, the pillars of each element consist of two wooden planks hooked to the wooden beam. Each portal is anchored to the ground through a square metallic plate. The regular rhythm of the portals has been designed in order to maintain the existing trees and grapevines. Seats are arranged between the pillars of the pergola, 11 on the park side, 6 on the side that faces the mill leaving the space for the existing vegetation.

The Ghitello Mill Park has been longlisted for the Dezeen Award 2020  in the Architecture – landscape project category. 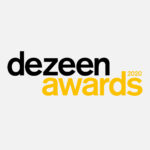 The project is nominated for the Hochparterre award “Die Besten 2020”