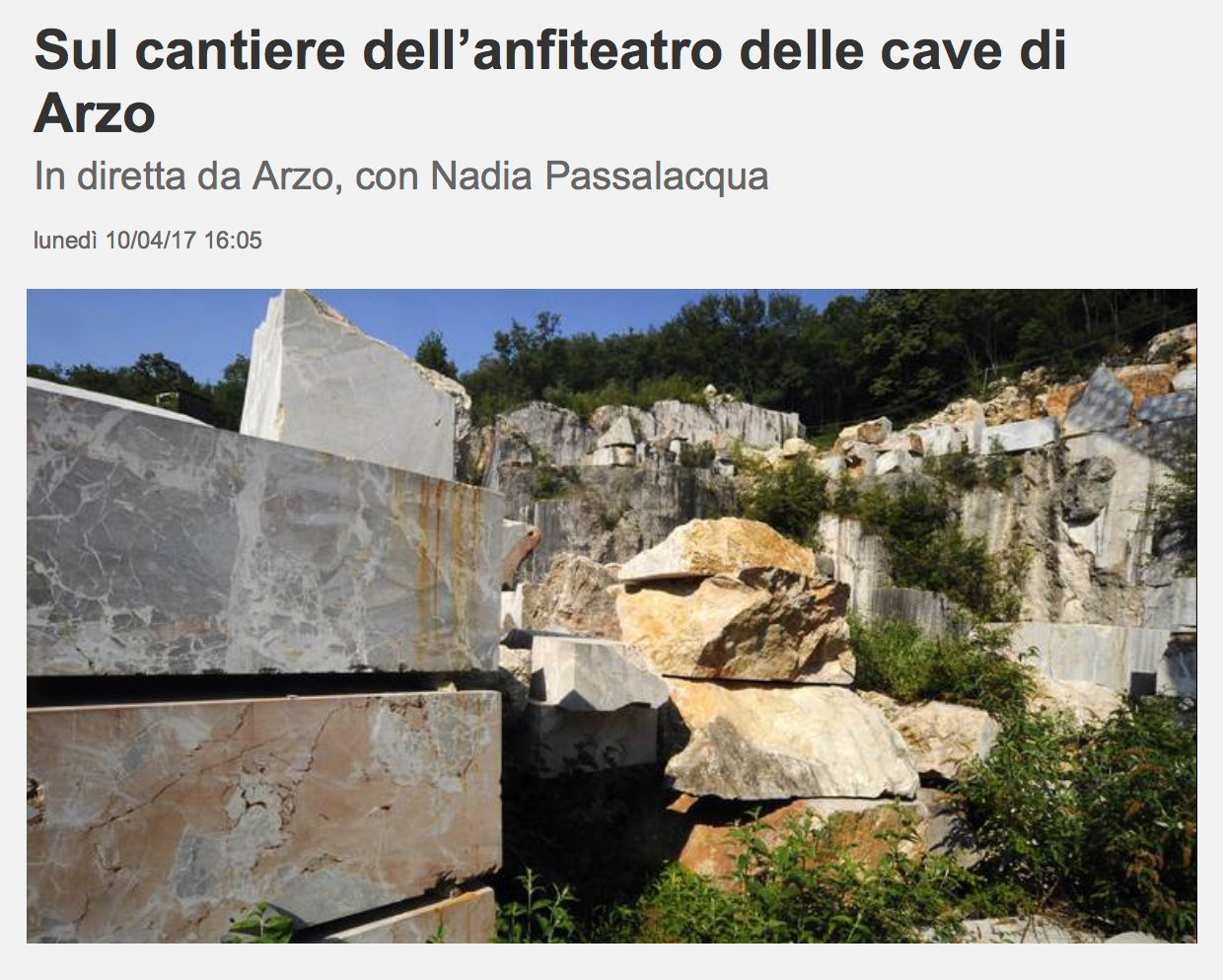 The RSI Rete Uno external team, Monday 10.04.2017, visited the construction site, for the redevelopment project of the Arzo Cave area.

Listen to the episode

A very important construction site for which the first stone was laid last November. And, of course, the stone could only be marble because we are talking about the redevelopment project of the Arzo quarries area.

An area of ​​4700 square meters on a territory belonging to the Arzo aristocracy, which has become the Mendrisio district since 2009. The project is divided into three phases: a classroom in the quarry (a sort of laboratory), an educational trail and a naturalistic amphitheater. , which will host musical and cultural performances.

The work in progress will be completed by the end of summer and Sunday, September 17, 2017 is scheduled for the opening ceremony and party for the completion of the work.